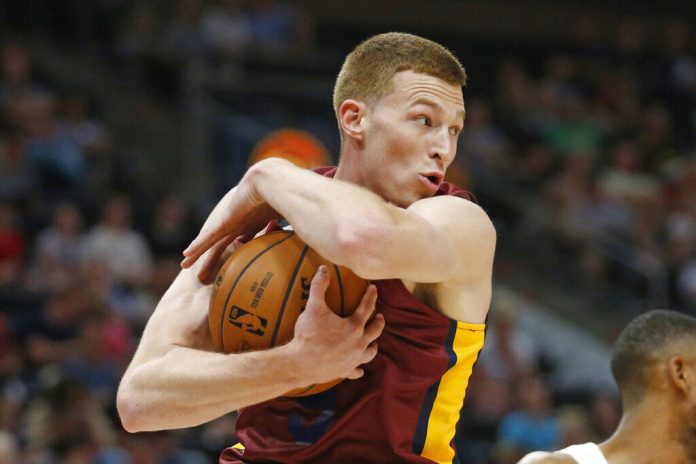 In this July 2, 2019, file photo, Cleveland Cavaliers forward Dylan Windler pulls down a rebound during
the first half of an NBA Summer League basketball game against the Utah Jazz in Salt Lake City. Windler
broke his left hand in the season opener, another medical setback for a promising player. The team said
Thursday, Dec. 24, 2020, that Windler suffered a fourth metacarpal fracture when he took a hard fall in
the third quarter against Charlotte. X-rays after the game were negative, but further tests revealed the
fracture. (AP Photo/Rick Bowmer, File)