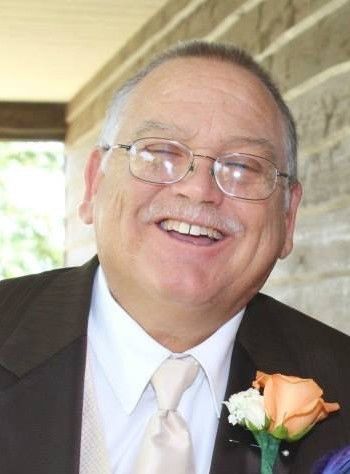 Carl Kale, 58, of Rudolph, Ohio passed away Tuesday, July 7, 2020.
He was born on April 21, 1962 to the late John and Evelyn (Bowser) Kale in Bowling Green. He married Tina
(Getz) Kale on July 25, 2009 and she survives him.
Carl is also survived by his daughters: Katie (Jeffrey) McCoy of Pemberville, Ohio; Betsy Kale of
Marysville, Ohio; Kelly (Dustin) Gantz of West Liberty, Ohio; son Chad (Sabrina) David of Bowling Green,
Ohio; grandchildren: Addelynn, Braelyn, Mack, and Jolie; sisters: Karen (Gary) Kellermeir and Nancy
(Tom) Weaver; a brother John (Amy) Kale.
Carl was preceded in death by his parents; brothers: Joey and Jim Kale; and niece Paigelyn Weaver.
Carl graduated from Bowling Green High School in 1980 and was on the first State Championship Hockey team
in 1979. He was a manager at Carter Lumber and worked there for 32 years, retiring in 2009. Carl was a
big Ohio State Buckeyes fan, enjoyed boating and playing golf. Above all Carl loved spending time with
his family especially his grandkids. He will be dearly missed.
The family would like to thank Tampa General Hospital for their excellent care before and after Carl’s
kidney transplant.
Memorial contributions in Carl’s honor may be gifted to the Nation Kidney Registry, P.O. Box 460,
Babylon, NY 11707.
Visitation for Carl will be held on Sunday, July 12, 2020 from 1-4 p.m. and Monday, July 13, 2020 from 10
a.m. until the time his funeral service at 11 a.m. in the Deck-Hanneman Funeral Home &
Crematory, 1460 W. Wooster Street, Bowling Green, Ohio 43402. Interment will immediately follow at
Wingston Cemetery in Rudolph, Ohio.
Hanneman Family Funeral Homes is honored to serve Carl’s family and encourage those to share a fond
memory or condolence by visiting www.hannemanfuneralhomes.com.