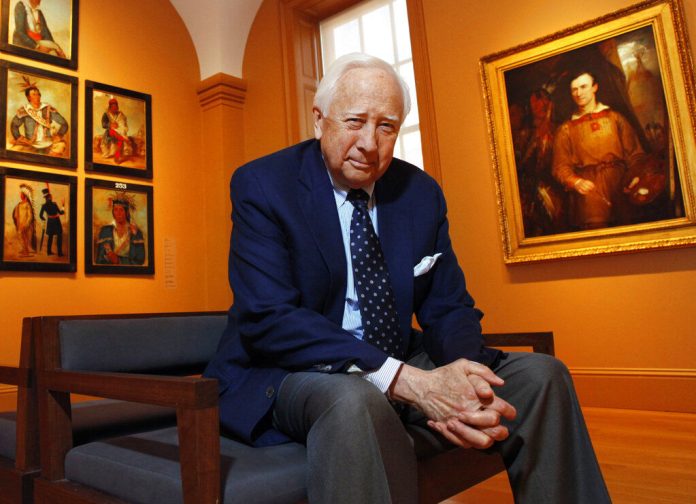 In this May 13, 2011 file photo, historian and author David McCullough poses at the National Portrait
Gallery, in Washington. The Pulitzer Prize-winning historian’s latest work, “The Pioneers: The Heroic
Story of the Settlers Who Brought the American Ideal West,” focuses on some of those who embarked to the
Northwest Territory in the late 18th century and formed communities in what became the state of Ohio.
(AP Photo/Jacquelyn Martin, File)