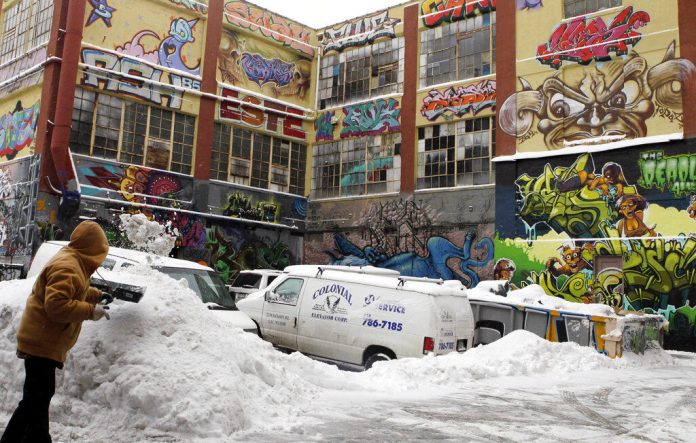 NEW YORK (AP) — A federal appeals court in New York gave its approval Thursday to a $6.7 million award
for nearly two dozen graffiti artists whose spray paintings at a once-famous site that attracted
thousands of spectators were destroyed to make room for high-rise luxury residences.
The 2nd U.S. Circuit Court of Appeals concluded that a judge was correct to award the damages against
developers who destroyed the aerosol artwork in 2013. The appeals court said the action violated the
Visual Artists Rights Act of 1990, which protects art which has gained recognition.
The Long Island City, Queens, graffiti site known as 5Pointz was a tourist attraction that drew thousands
of spectators daily and formed a backdrop to the 2013 movie, "Now You See Me." It was also a
site for an Usher tour. Many of the art works were temporary.
"In recent years, ‘street art,’ much of which is ‘temporary,’ has emerged as a major category of
contemporary art," the 2nd Circuit said in an opinion written by Circuit Judge Barrington D.
Parker.
The decision noted that the street artist Banksy has appeared alongside former President Barack Obama and
the late Apple Inc. founder Steve Jobs on Time magazine’s list of the world’s 100 most influential
people.
"A Banksy painting at 5Pointz would have possessed recognized stature, even if it were
temporary," the appeals court said.
Since 2002, walls at the 5Pointz site had contained over 10,000 works of art as some of the renderings
were temporary and were eventually painted over with the permission of the artists.
In 2013, developers seeking to capitalize on the rebirth of a once crime-ridden neighborhood destroyed
the artwork after banning artists from the area and refusing to let them recover work that could be
removed.
After artists sued, U.S. District Judge Frederic Block in Brooklyn concluded that the art works reflected
"striking technical and artistic mastery and vision worthy of display in prominent museums if not
on the walls of 5Pointz."
The judge made the award higher than it otherwise would have been after concluding the destruction of the
art was willful because the artists were not given three months that the law allows to salvage their
artwork.
A lawyer for the developers declined comment.
In a statement, attorney Eric Baum said the artists "are thankful and humbled by today’s
ruling."
The lawyer said the ruling was "a clear indication these Artists’ work is important and should be
respected."
Marie Cecile Flageul, a curator who worked with the 21 artists who will share the award, said the appeals
ruling demonstrated how far graffiti has come from the 1970s when many artists used it to express their
anger.
"Now, it’s a validated art form which is collected, acquired and showcased in museums and galleries
around the world," she said.
She said real estate entities in New York, Paris and London now look for ways to preserve graffiti art.

Flageul said artists in the United States, Australia, Japan, Brazil and Colombia will share the award.