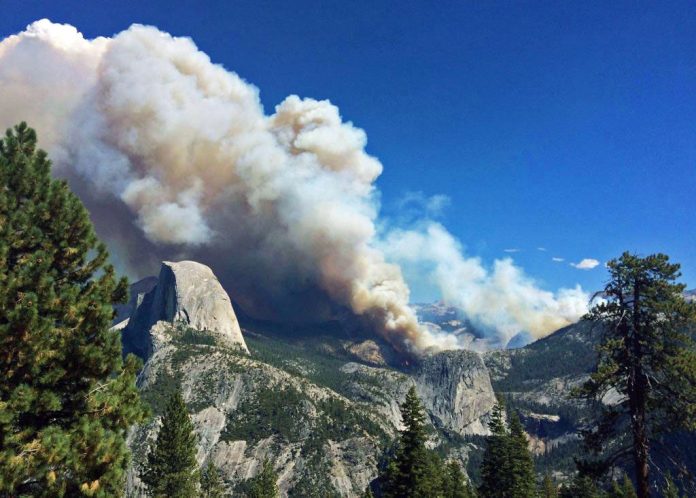 The wind-whipped fire had burned through about 4 square miles as of Monday morning, up from about a
square mile the previous night. Park officials attributed some of the increase to better mapping.

Park spokeswoman Kari Cobb said the fire is not threatening any structures, and the park remains open. It
has, however, forced the closure of trails to Yosemite’s iconic Half Dome peak as well as a nearby
campsite.

The visitors who were evacuated on Sunday included hikers who had climbed Half Dome. Cobb said officials
were confident they had pulled everyone in danger out, but they would continue to look for anyone left
behind.

Calm winds forecast for Monday along with relatively high humidity were expected to help with the
firefight.