WATERVILLE – An early settler of Waterville, Betsy Adams Hutchinson will recount her experiences with
members of the Potawatomi tribe through a Waterville Historical Society re-enactor Oct. 22 at Wakeman
Cemetery on Farnsworth Road.
"Ghostly Encounters" will feature 10 former residents who were selected not necessarily on the
basis of their eminence in local history, but in respect to the interesting stories they can tell,
including a boy spy for George Washington, a woman who had a near death experience ice skating on the
canal, and John Pray the founder of the village and his wife Lucy who recall hardship and success.
Most of the information about the characters was obtained from writings by the late historian Midge
Campbell.
She also will speak through a re-enactor at the cemetery relating ghost stories of the Columbian House
Inn.
Even though the cemetery is being used as a stage, the program is not designed to be scary.
The audience is encouraged to bring lawn chairs to set up in the paved area near the cemetery offices and
garage.
Following the 6:30 program all are invited to the basement of the Presbyterian Church next door where
church members will be serving refreshments and cast members will be introduced.
In case of inclement weather the program will be given in Wakeman Hall 401 Farnsworth Road at 7 p.m. 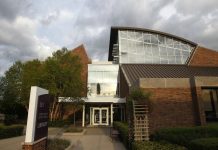