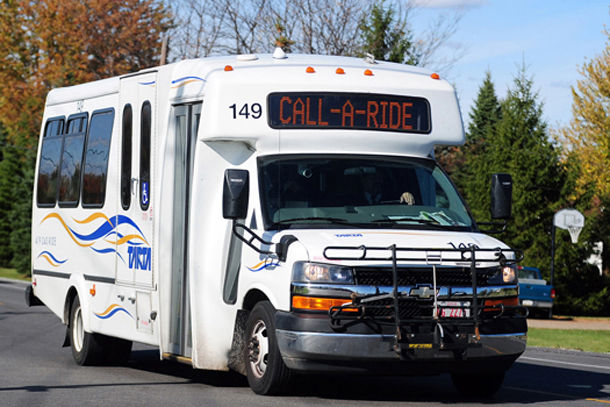 ROSSFORD – The city’s membership in TARTA, an issue that has bedeviled the city for more than a decade,
will come to a head Nov. 4 when voters go to the polls.
They will be asked whether the city should leave the Toledo Area Regional Transit Authority. That would
mean an end to service to the city and the elimination of 2.5-mill levy that generated $301,456 in 2013,
according to the county auditor’s office.
In the past, members of city council were the drivers in questioning Rossford’s membership in the
authority. That reversed last year, after a committee studied the issue, and decided that the city
needed the service TARTA provided and to replace it would be more costly, if it could be done at all.

Council voted to remain in TARTA. A group of citizens, however, said the decision should be left up to
voters. After all, they contend, it was city residents who originally voted on whether to join.
Procedural errors kept the issue from going on the ballot last year. Though that appeared to mean that
the issue was settled – under a law pushed by State Sen. Randy Gardner, R-Bowling Green, municipalities
had until the end of November 2013 to decide whether to stay in TARTA – a decision by the county
prosecutor’s office ruled that the issue should go before voters.
Mayor Neil MacKinnon III has weighed in strongly in favor of staying in TARTA, appearing at rallies that
support the system. He maintains that the TARTA is a good deal for the city. It provides a service,
especially to needy residents of the city and serves as an economic development tool.
He reiterated those beliefs at a recent city council meeting.
Citizens Choice, the group that initiated the ballot item was also on hand to state its case.
Don Montague, who has served as Citizens Choice spokesman, said that the group was not against mass
transit.
What they oppose is the contract that has no ending date, which gives TARTA no incentive to maintain
adequate service.
Another city resident, Greg Ryan, said he is a supporter of public transportation and uses it, but
believes the city can get better service if it exits the TARTA system.
Robert Densic, a longtime critic of the system, contended that the figures used by the mayor and other
supporters were inflated. The system doesn’t get the amount of use they say it does. The system collects
more in taxes and delivers less in service.
Councilwoman Caroline Eckel said leaving TARTA would leave those who depend on the system
"stranded." City Councilman Robert Ruse insisted any replacement would be more expensive.
City Councilman Jerry Staczek said citizens should vote to exit the system. Once out, he said, the city
can "renegotiate with TARTA" or reach out to another system, such as the one now serving
Perrysburg in the wake of that city’s departure from TARTA.
MacKinnon read through a list of possible alternatives to TARTA presented by Citizens Choice, and said
none measured up to what TARTA offers now.