CHARLOTTE, N.C. (AP) — Tony Stewart should be back in his comfort zone at a NASCAR track, ready for
racing.

His return from a three-week hiatus isn’t so simple.

Stewart will emerge from seclusion Friday at Atlanta Motor Speedway for the first time since his car
struck and killed a fellow driver during a dirt-track race.

But he comes back to Sprint Cup competition with a decision pending on whether he will be charged in
Kevin Ward Jr’s death. The three-time NASCAR champion has not raced since his car hit Ward at an Aug. 9
sprint car event in upstate New York. Stewart pulled out of the NASCAR race at Watkins Glen the next
morning, then skipped races at Michigan and Bristol Motor Speedway.

Stewart, who was described by police as "visibly shaken" the night of Ward’s death, has been in
seclusion ever since. Stewart-Haas Racing executive vice president Brett Frood has said the emphasis was
on giving Stewart time needed to get him "in a better place than he is."

Stewart’s only comment since the crash was a statement the day after the crash in which he said
"there aren’t words to describe the sadness I feel about the accident that took the life of Kevin
Ward Jr."

He will talk to the media for the first time since the fatal crash on Friday.

Ward had climbed from his car after it had spun while racing for position with Stewart. The 20-year-old
walked down onto the racing surface waving his arms in an apparent attempt to confront Stewart.

Authorities said the first car to pass Ward had to swerve to miss hitting him. The front of Stewart’s car
then appeared to clear Ward, but Ward was struck by the right rear tire and hurtled through the air. He
died of blunt force trauma.

Ontario County Sheriff Philip Povero has said investigators did not have any evidence to support criminal
intent by Stewart. Povero said Thursday the investigation is still ongoing.

Meanwhile, the 43-year-old NASCAR superstar will move forward with his career and attempt to salvage his
season.

NASCAR released a statement saying that Stewart was eligible to return because he "has received all
necessary clearances required to return to all racing activities." NASCAR said it would have no
further comment until President Mike Helton speaks Friday afternoon.

Stewart, who has 48 career Cup wins in 542 starts, is one of the biggest stars in the garage. His peers
have been protective of him as questions emerged in the aftermath of the crash, and it pained them that
Stewart was grieving in private and had cut off communication with so many of them.

"Great to have Smoke back at the track," tweeted Watkins Glen winner AJ Allmendinger.

"Glad to have my boss and my friend back at the track this weekend. #14 #SmokeWillRise," said
Tony Gibson, Danica Patrick’s crew chief at SHR.

NASCAR rules state a driver must attempt to either qualify or race the car in every points-paying event
to be eligible for Chase for the Sprint Cup championship, unless a waiver is granted. There was no
immediate word if NASCAR would grant that waiver.

But Hamlin then exited his vehicle and angrily tossed a safety device at Kevin Harvick as he passed by
moments later. He was not penalized. 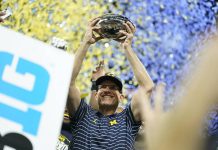 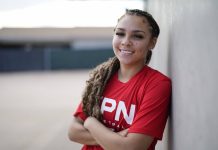