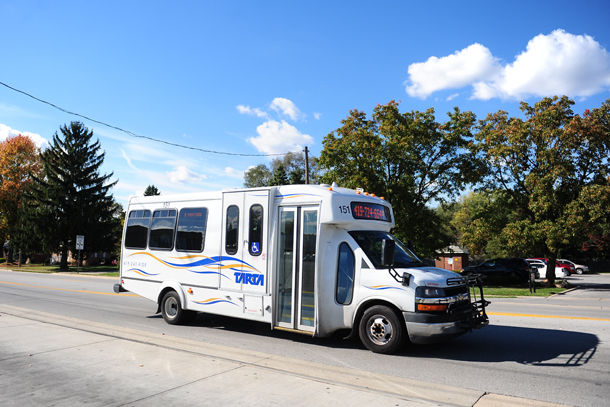 ROSSFORD — When those supporting the move to have the city exit TARTA spoke at a recent City Council
meeting, they pointed out that city voters had voted overwhelmingly against two of the authority’s most
recent levy requests.
That showed how residents feel about the system, and why they pushed to have a resolution on the ballot.

On Tuesday, the voters rejected the move to leave the Toledo Area Regional Transit Authority, voting 1419
to 752, or 65.36 percent to 34.64 percent. A yes vote on the ballot was a vote to leave TARTA.
The move was a victory for Mayor Neil MacKinnon, who campaigned hard for TARTA, appearing at rallies and
taking on opponents at City Council meeting.
“I’m extremely pleased not only for the great city of Rossford, but for the entire region,” he said. He
said he was especially pleased for those people who rely on the service.
Those backing the measure to leave said they did not oppose mass transit, but rather disagreed with the
city not having a chance to exit at will. The vote was made possible by legislation passed by State Sen.
Randy Gardner. Municipalities were supposed to have until November 2013, but when the measure failed to
make the ballot last year because of a timing issue, the county prosecutor ruled citizens should be able
to vote this November.
The effort to take the measure to the ballot came after City Council voted to stick with TARTA. The
resolutions supporters insisted the matter was properly decided by an election.
MacKinnon and others argued that mass transit was of benefit to the needy and elderly as well as to help
workers get to jobs, and that TARTA was less expensive than the city offering its own service.