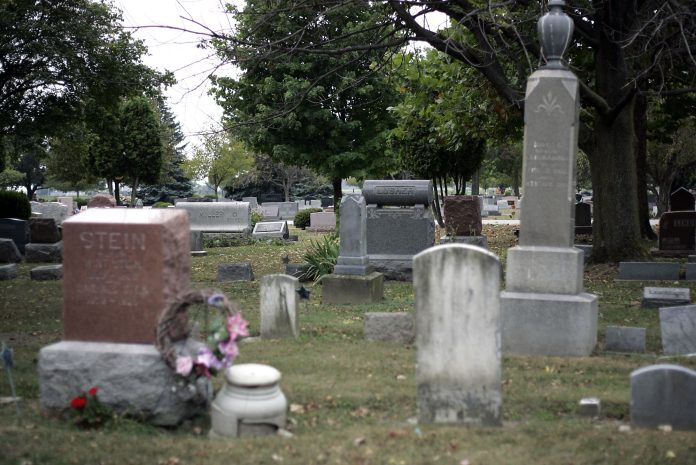 MILLBURY – The Lake Township Trustees are giving the idea of raising prices at the cemetery some grave
consideration.
At Tuesday’s meeting, Trustee Jeff Pettit presented comparisons of the prices of resident graves and
non-resident graves for the Lake Township Cemetery and other area cemeteries.
Pettit said it has been seven years since grave prices were increased at the Lake Township Cemetery. The
trustees did approve an increase in burial and stone prices in January.
The current cost of a resident grave at Lake Township Cemetery is $300; for non-residents the charge is
$700.
Fort Meigs charges $400 for resident and $800 for non-resident. St. Rose Catholic Parish, also in
Perrysburg, charges $850 for a resident cemetery grave and $950 for non-resident. The fees at Clay
Township are $120 for resident and $550 for non-resident.
Lake Township Trustee Melanie Bowen said there would be more discussion on grave prices in the next few
weeks.
"We’ve always tried to keep these costs down," she said.
One concern, however, is that more non-residents than residents are being buried at the township
cemetery. The ratio is 60-40.
The trustees are also considering charging an additional fee for a late afternoon burial, which would
also be on par with other cemeteries, Pettit said.
The trustees have to pay Sexton Dan Sprinski overtime when there is a burial late in the afternoon.
Sprinski works 8 a.m. to 4 p.m. daily.
In other business, the trustees voted to start the process of reducing the speed limit on Walbridge Road
from 55 mph to 25 mph. The start of this road lies in Walbridge, which has a 25 mph speed limit. The
south part from the village limits east to the Interstate 280 overpass is in the township and is 55 mph.

The vote was to ask the Wood County Engineer’s Office for a traffic speed and safety/survey study. Next,
the Ohio Department of Transportation will be asked to take action to reduce the speed limit.
"The village is pretty persistent that they would like to see the speed limit reduced so we will try
again," Bowen said.
Trustee Richard Welling said this will be the third time the trustees have asked for a reduced speed
limit on Walbridge Road.
Walbridge Mayor Ed Kolanko expressed interest in annexing land in that area into the village last month.
Bowen said the trustees were not in favor of that.
Also at the meeting, the trustees:
• Voted to purchase a tarp system for the 2014 Freightliner dump truck from Toledo Tarp Service,
Perrysburg, for $2,800 installed.
• Approved continuing membership with the Toledo Metropolitan Area Council of Governments for 2015 for
$1,739.