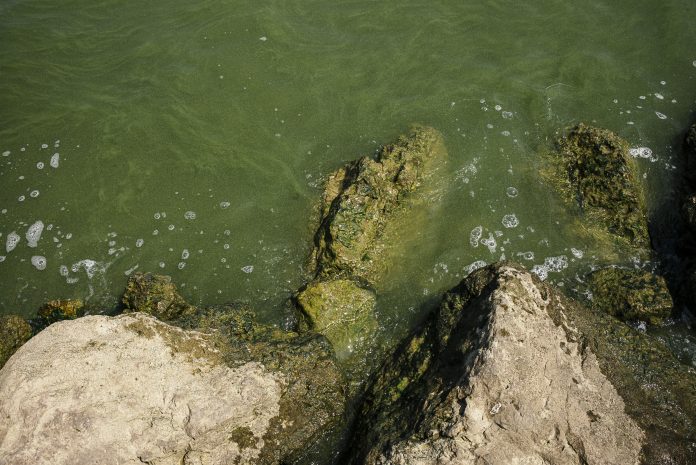 OREGON, Ohio — The costs and health risks posed by the string of algae blooms on Lake Erie are getting a
closer look from a U.S.- Canadian advisory agency that focuses on Great Lakes and water issues involving
both countries.
The International Joint Commission plans on spending the next few months studying the impact of the algae
blooms before releasing an updated report on Lake Erie next spring.
The agency more than a year ago said in a report on the lake that the U.S. and Canada should crack down
on sources of phosphorus runoff blamed for the rise in harmful algae blooms. Those blooms produce the
kind of toxins that contaminated the drinking water for more than 400,000 people in northwestern Ohio
and southeastern Michigan last August.
Figuring out how to control the blooms has taken on a greater urgency since Toledo was forced to issue a
do-not-drink order to residents that lasted just over two days.
The commission last week held a panel discussion near Toledo to hear from residents and researchers about
the impact of the algae and to discuss what can be done to improve water quality.
Toledo has spent millions of dollars in the past few years to get rid of the toxins in the water it draws
from Lake Erie. But how much the water emergency in August and the ongoing battle against the algae
aren’t fully known.
Dave Spanger, a charter captain on the lake, said that more monitoring of the water is needed and that he
doesn’t think the lake will get better without mandatory limits on phosphorus that flows into the lake.

The commission last year called for a ban on the spread of manure on frozen or snow-covered ground and
sharp reductions in phosphorus runoff, which mostly comes from farm fertilizers, livestock manure and
sewage overflows.
Farm groups have opposed suggestions for mandatory regulations and instead are asking farmers to take
voluntary steps to reduce runoff. Political leaders in Ohio also have shown that they favor a voluntary
approach.
Doug Busdeker, area general manager for the Andersons Inc., a grain shipping and storage company, said he
believes that farmers are concerned about the health of the lake and serious about reducing phosphorus
runoff.
Lana Pollack, U.S. chairwoman of the commission, noted that there continues to be enormous resistance to
mandatory regulations. “It may have to get worse before it gets better,” she said.