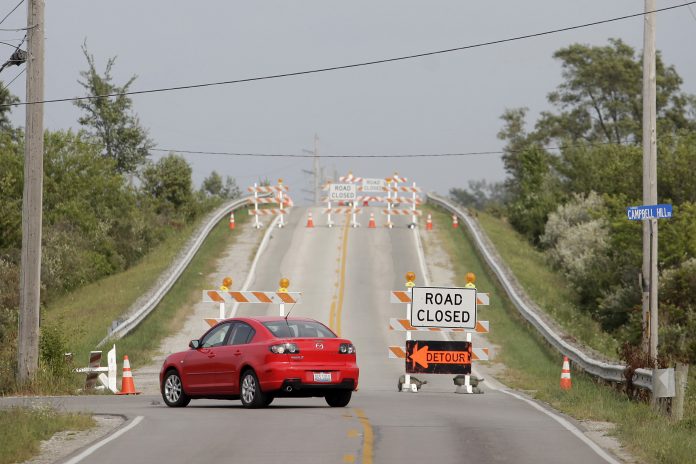 Gypsy Lane Road over Interstate 75 will stay closed for the rest of the year until damage to the bridge
can be repaired.
The years-long project to widen the highway hampers access to the bridge, which was damaged when it was
struck by a truck driver on I-75 earlier this summer.
Specifically, damage to the beams and deck of the bridge makes it unsafe for drivers, resulting in the
closure until repairs can be made, said Theresa Pollick, public information officer for the Ohio
Department of Transportation.
Work cannot begin until November because of conflicts with the widening project, but it would ideally be
complete about a month after.
"Weather obviously plays a big role in that outcome, but as long as things stay on schedule, we
should be looking at" opening in early 2015, Pollick said.
ODOT is working with Bowling Green and Wood County officials to publicize a detour that takes drivers
onto Campbell Hill, Napoleon and Dunbridge roads, around the bridge.
The inconvenience likely to affect most drivers is restricted access to Wood Lane, Wood Haven Health
Care, the Sheriff’s Office and other county agencies located in a complex on East Gypsy Lane just east
of I-75.