For the second time in two weeks, the Elmwood FFA has captured another Career Development Event State
Championship. This time it was the Outdoor Power Equipment team that claimed a state title. Two other
teams also found success.
The state title follows a similar win for the Ag Mechanics Skills team.
The team’s success was built upon team members who captured three of the top four individual spots led by
Mitch Beaverson who was the top individual. His teammates, Jay Graham and Garrett Benschoter were right
behind in second place and fourth place, respectively among more than 60 competitors.
The contest took place on Tuesday at the Ohio State University Agricultural Technical Institute in
Wooster. The exclusive field included the top two teams from each of the 10 FFA districts in Ohio.
In the event, contestants completed 11 different stations which addressed a variety of areas related to
small engines. Specifically the stations included: troubleshooting a small engine for two
"bugs,"
determining a number of different properties of fasteners used in small engines, completing various
measurements of small engines using precise measuring instruments, identifying small engine tools,
identifying engine parts, completing a variety of electrical tests on components, completing variety of
skills related to valves on a small engine, identifying electrical and compression system components,
and installing a piston and connecting rod assembly, in addition to applying proper torques, and
completing a team activity.
Beaverson earned a $1,000 scholarship to ATI for his individual win.
Ag engineering
Elmwood’s Ag Engineering team also has found success in an ongoing contest. They are temporarily in first
place out of 35 teams. They completed a 100-question written test on areas such as hydraulics, chemical
storage, electrical wiring, and safety in the preliminary round. In the finals portion of the event,
they will perform various skills related to the previous categories including arc welding, electrical
wiring, sprayer calibration, and environmental management.
Competing for Elmwood will be Jack Hagemeyer, Mitch Beaverson, Jay Graham and Garrett Benschoter. In the
preliminary portion of the contest, Hagemyer is in first place in the state out of 318 individuals. He
is followed by Beaverson in second, with Graham in third and Benschoter in 13th. Nick Stearns, Marcus
Day and Adam Woessner were all in the top 50; Treg Snowden, Brandon Palmer and Noah Smith all ranked in
the top 75.
Farm business management
In the state contest, Elmwood’s Farm Business Management team ranked third of 57 teams.
This event required contestants to answer 90 questions on various aspects of Ag. Economics. Contestants
also solved problems related to finance, and marketing.
Leading the way for Elmwood was Dylan Benschoter who ranked 10th of a possible 539 individuals. He was
followed by Megan Hathaway in 13th; Amanda Jones, 17th); Meagan Wise, 18th and Alexis Miller, 20th.
Garrett Benschoter, Wes Ridenour, Mitch Beaverson and Ashley Veryser all ranked in the top 40,
individually. 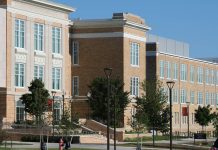 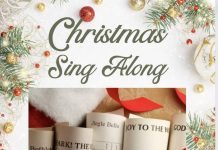