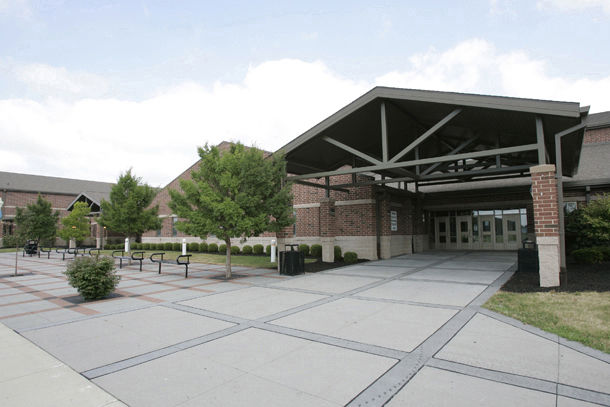 JERRY CITY – Six Elmwood community members are being credited with saving the life of a man after he
collapsed at the Elmwood Community center last week.
"Everything that was done absolutely saved his life," said Elmwood Superintendent Tony Borton.

The incident occurred Sept. 2 at the Community Center, an exercise facility located in the old Elmwood
High School.
That evening Russ Long and his wife, Kathy, were using the facility. Russ, himself a coach for Elmwood,
was using an exercise bike, said Borton, when he collapsed.
Andrew Davis, who works at the community center, went over, and after seeing that Long was not breathing,
got ahold of others in the center for help.
"And everybody just went into action."
Borton himself, who was not on-scene, received a text message stating Long had gone into cardiac arrest.

Kathy Long did CPR, said Borton, and Davis called 911. Soon an Automated External Defibrilator (AED)
device in the center was brought over, and the device succeeded in bringing a faint heartbeat to Long.

Also helping were Tyler Traxler, an Elmwood teacher and basketball coach; Mike Messaros, a trainer from
the Wood County Hospital who works with Elmwood athletes; and community members Kerry and Reid
Rothenbuhler.
The group stayed with Long and monitored him until EMTs arrived. An EMS crew subsequently came on-scene
and took Long to an area hospital.
"Everything came together," said Borton. "All these people had CPR training because of
their other jobs."
Borton also took note of the importance of the AED device, noting that Elmwood has one in the community
center and two in their main building.
"That kind of goes to prove to have an AED anyplace you have community," he said.
Borton said that the lifesaving efforts of the group are to be recognized at the October Elmwood board
meeting.