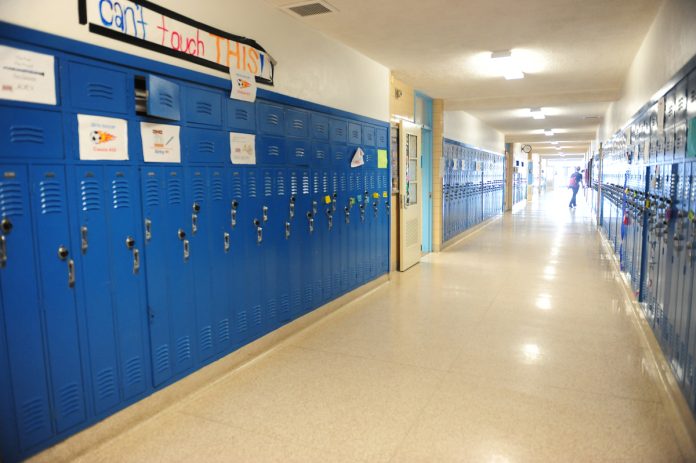 PEMBERVILLE – No taxpayer vote will be necessary for Eastwood to build a central elementary.
Due to an increase in tax monies from Troy Energy, the district will have all the funds necessary to pay
for the local share of the $20 million project without asking voters to pay more taxes to fund the $13
million local share.
The board of education will withdrawal its November bond request at its meeting on Tuesday.
In a community-wide email Thursday, Superintendent Brent Welker indicated he had learned from the
district’s financial advisors that Eastwood can use the money from the Home Depot agreement, along with
a portion of new tax money from Troy Energy, to fund the local share and pay off the debt in 10 years.

"It simply does not make sense to ask voters to approve a bond issue that is no longer
relevant," he stated.
The Ohio School Facilities Commission will be asked to begin the task of providing its $7 million share
for the K-5 building, which will be located on the Sugar Ridge Road campus.
Welker said he learned of the new option about two weeks ago, and spent the time running the option past
the district’s business advisory group and representatives from the OSFC.
"We just wanted to make sure we have all of our ducks in a row," he stated. "We want to be
very conservative in our approach."
The Home Depot tax-abatement agreement will pay the district $675,000 annually, leaving the district to
come up with $600,000 from the additional revenue generated by Troy Energy to pay off the debt in 10
years.
The Troy Energy site is valued at $46 million and will yield a projected $1.47 million in general fund
revenue to the district each year, also from a tax-abatement agreement.
There is a good chance the company will appeal its valuation and Welker therefore has budgeted only
two-thirds of the revenue, which equals roughly $970,000.
Of that $970,000, only $600,000 will be needed – added to the Home Depot money – to come up with the
$1.275 million annual payment for the project.
He is comfortable the district has conservatively projected the revenue from Troy Energy.
"We have a very strong plan. Our bond advisors think this is a very straight-forward project,"
Welker stated.
A large benefit is the district is financing the project at a much lower interest rate.
The district can borrow the $11 million in Certificate of Participation Bonds at an interest rate of 2.6
percent to 2.7 percent, which will require an annual payment of $1.275 million for principle and
interest over 10 years. This rate is much less than the expected 4.5 percent expected to sell 30-year
bonds.
That alone with save the district about $6 million in interest.
"That really helps us out," Welker said.
The balance – $2 million – will be paid out of the general fund. That amount is for locally-funded
initiatives not covered by OSFC.
The start of construction may be moved up a couple months but no date has been set.
A representative from the Committee to Save Our Elementaries, which has lobbied to renovate the
elementaries in Pemberville and Luckey rather than build new, could not be reached for comment.