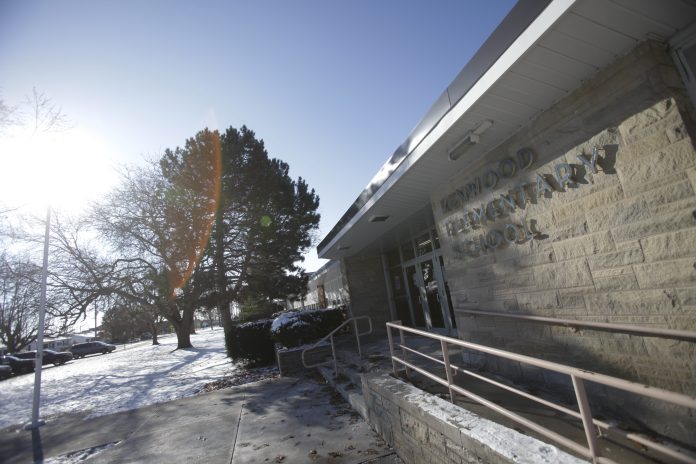 BUG is coming to Bowling Green Schools.
Bringing Up Grades – BUG – will start next month for fourth- and fifth-graders.
The program is being introduced to the district by the Bowling Green Kiwanis Club.
According to the Kiwanis Club, BUG is designed to provide recognition to students who raise their grades
into an acceptable range and maintain or continue to raise them from one grading period to the next.
The club is working on ways to reward the students who succeed.
Kiwanian Maria Simon explained the program at Tuesday’s board of education meeting.
Students are empowered to participate in their own academic success, which builds self-confidence,
perseverance and character. Students also take an active role in determining their involvement in the
program, which motivates them to achieve.
Students who participate in peer mentoring will become a Super BUG, which helps everyone in the classroom
succeed.
"The club is grateful for all the encouragement and assistance from the schools," according to
a club letter to the district.
The Kiwanis Club also will ask for support from local businesses.
"The BG Kiwanis Club wants our fourth- and fifth-graders to work hard in school and to know that in
addition to their teachers and families, there are many more people in their community who care, want
them to do well, and are cheering them on," the letter concluded.
Also at the meeting:
•    It was decided to discuss at the December meeting whether put on the May ballot the renewal of two
of the district’s levies. The district’s $1 million emergency levy and 4.2-mill property tax levy both
expire at the end of 2015. Totaled, they represent almost $3.5 million of the operating budget.
•    High school Principal Jeff Dever said he and staff are exploring changing next year’s schedule to
allow for more class selection. The new schedule would involve eight periods three times a week, and two
days of four double block periods.
•    Beth Krolak, technology director, said the current grade book program will no longer be supported
beginning in July 2015. Krolak, along with teachers and administrators, soon will conduct product demos
and have a new system in place by August 2015.
She also reported that she is trying to get grant money to upgrade security cameras at all building
entrances.
•    The board adjusted the entrance date for all-day kindergarten next year. A student needs to be 5
years old by Aug. 1 instead of Sept. 30.
•    Approved the retirements of Beverly Anthony, Catherine Burger, Teresa Kaczor, Cynthia Maas, Kent
McClary and Marcia Whalen.
•    Approved a dual enrollment agreement with the University of Toledo for fall semester 2014 to spring
semester 2015.
UT has been "very user friendly," said Todd Cramer, executive director of teaching and
learning, and offers more dual enrollment options.
The district already has the same agreement in place with Bowling Green State University.