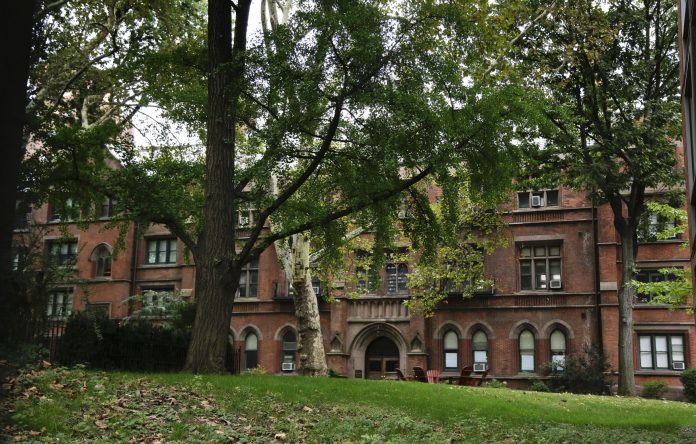 A portion of the 200-year-old General Theological Seminary sits back from 21st Street partially obscured
by large trees within Manhattan’s Chelsea neighborhood, Wednesday, Oct. 1, 2014, in New York. More than
two-thirds of the faculty at the seminary, one of the nation’s oldest, most venerable religious
institutions that trains ministers of America’s Episcopal Church, say they were fired earlier this week
after going on strike to protest their dean’s leadership. 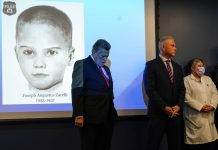