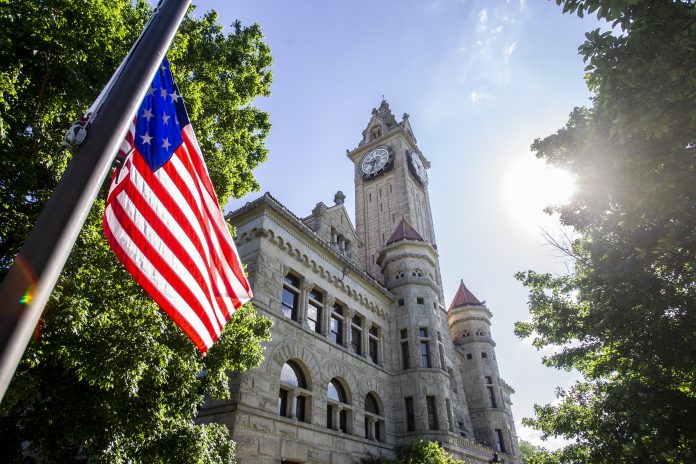 A nationwide warrant has been issued for a Toledo man accused of trashing a Northwood hotel room.
James Tramell Watkins, 23, was indicted in September for vandalism.
He failed to appear Monday for a final pretrial conference. Wood County Common Pleas Judge Molly Mack
issued the warrant.
Watkins was in charge of two juveniles Aug. 16 when the three of them allegedly damaged a room at the
Bridgepoint Inn, 2600 Lauren Lane, Northwood. A hotel employee called police after the trio checked out
and heard running water in the room. Upon entry, staff found the room in disarray.
There were food products all over the walls and furniture, the sink had been broken and left running
causing water to flood the room, according to the police report. Furniture was tossed around the room
and a lamp and mirror had been broken.
According to the police report, Watkins was placed in charge of the juveniles and the room after their
mother had been arrested earlier that night on an unrelated warrant.
The vandalism charge is a fourth-degree felony.