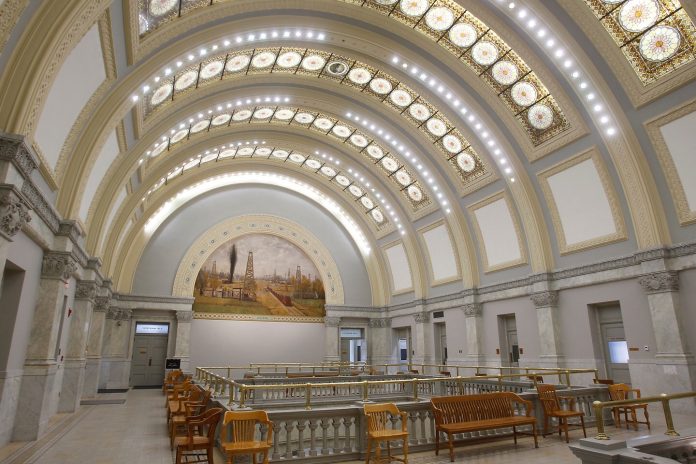 A former Perrysburg contractor has been indicted for defrauding his clients.
Ralph E. Slaske Jr., 46, of North Charleston, South Carolina, was indicted Wednesday for money laundering
and forgery, both third-degree felonies; and aggravated theft, a second-degree felony.
From Sept. 1, 2016 to March 1, 2018, while he owned and operated Slaske Building Company, he is accused
of depriving multiple victims of money without consent valued at $750,000 or more. He also allegedly
defrauded multiple victims by forging contractor affidavits so that the documents appeared genuine but
no authorization was given, terms differed those agreed upon, or a copy was made of an original document
when no such original existed. The value of property lost was $150,000 or more.
The company closed in February 2018, leaving several homes unfinished, according to court documents.
There is an extensive list of civil complaints filed against Slaske in Wood County Common Pleas Court.

According to court paperwork, he was ordered to pay a Kent lumber company $250,000 in February 2018; and
he owed a Toledo flooring installation company for breach of construction contract for numerous homes.
Court papers indicated he failed to pay the company for services completed despite receiving payment
from the homeowner. The amount contested was $20,414.
Slaske filed for bankruptcy in Wood County in March 2018 and the case was transferred to federal court.

In April 2018, the court ruled in favor of a Defiance bank in the amount of $22,426.
After failing to appear on court summons, the court in November 2018 ordered the repossession of a 2015
GMC Sierra valued at $26,900.
In March 2019, a breach of contract by Perrysburg Kitchens and More, also owned by Slaske, was filed by a
Minnesota firm. The plaintiff said in January 2015 the defendant failed to pay for services completed.
The amount owed was $19,721.15. The defendant did not object to the bill, but ultimately did not pay and
more than $4,000 in interest has accrued.
His home on Austin Court in Perrysburg went into foreclosure and an auction was held in November 2019
after he and his wife Melissa defaulted on a $370,000 construction loan taken out in 2013.
In October 2020, the court ordered Slaske to pay $45,104 for a line of credit with a bank in Utah.
A warrant has been issued for his arrest.