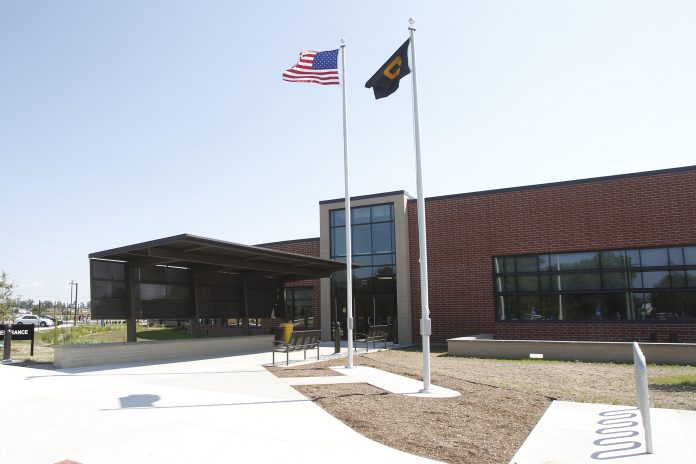 PERRYSBURG — Students are closer to being in class full time.
At Tuesday’s meeting, the board of education approved all students resuming at least four days of
in-person classes and the elementary schools would go full time.
Elementary school students have been in person and face to face for four-day weeks since the beginning of
the year, but will be having that fifth day starting March 1. Also on March 1, Hull Prairie Intermediate
and Perrysburg Junior High School students will begin four-day weeks in school. High school students
switch from the hybrid two-day weeks to four-day weeks in class starting on March 16.
The new schedule was approved by all board members, but debate was vigorous and stretched the meeting out
more than four hours.
“The data is allowing us to move forward,” Superintendent Tom Hosler said. “What we’ve been seeing since
the (holiday) break is the decline.”
All five board members ultimately agreed that they wanted all students back in class the way it was
before the coronavirus pandemic, but logistics and the rocky scheduling of November and December were
slowing factors.
Kelly Ewbank pushed for the five-day in-person week for each school. Additionally, she pushed for the
same March 1 date for the high school.
“When we decided to come back after Christmas, that also was because the numbers were high in the
community, and … people were traveling and getting together with families. The numbers are not high,
currently, in the community, so that was a different decision made with that data,” Ewbank said.
Board member Eric Benington talked about the logistical considerations required beyond the elementary
level, which include at least 62 classified staff at the elementary school level for one additional day
each, with three or more hours per day. Similar numbers were not yet determined for the other schools.

“I’m assuming there’s some hiring that has to be done: aides, cafeteria workers. Logistically, are we
able to line up what we would need to line up, in the next, by March 1, if we go back to five days?”
Benington said.
Hosler said it’s not just “flipping a switch.”
Board member Gretchen Downs said that officials at the elementaries have had a month of planning to go
from four to five days and that the high school should get at least that much time before going from a
two-day hybrid to the four days.
The backward slide to fully virtual classes, referenced by Ewbank, started prior to Thanksgiving. Hull
Prairie and the high school switched to an entirely virtual class schedule three days before the holiday
because of pandemic-related staffing shortages. Between Nov. 13-19 there were 483 students and 26
employees quarantined.
Board member Sue Larimer spoke of the stresses on the elementary teachers who have been tasked with
keeping students in “pods.” The small groups do not interact with others, especially during lunch and at
recess.
“The anxiety of the teachers. … what they have had to go through is off the charts. They are with the
kids 100% of the time,” Larimer said. “I don’t know how they are doing it.”
In addition to half a dozen citizens speaking, each elementary principal and high school Principal
Michael Short presented synopses of what they have done to achieve the current in-person schedules.
Short also addressed the logistical issues related to doubling the number of students in the building. He
recommended putting off the change until April, after spring break.
The logistical problems start with transportation.
“Due to COVID-19 restrictions, it takes the district seven more buses to transport students, over last
year,” Hosler said.
He said that the district is down to three full-time drivers and the rest are substitutes. Losses have
come for a variety of reasons, including retirement, a desire to avoid COVID-19 exposure and the new
Amazon facility hiring away drivers for higher pay, Hosler said.
He added that regardless of the restrictions there is also a plan for returning busing for high school
students, who have not had it available during the hybrid schedule. The plan would involve a shuttle
busing design.
There is also a pre-COVID type schedule that involves no changes at all, which the schools use as a
reference and back-up if rules change again.
The biggest limiting factor continues to be space for social distancing, but some of that has been solved
with Plexiglas dividers on cafeteria tables. Horizontal and vertical dividers have been created at the
elementary schools and additional janitorial help has been found through hiring and changing job
descriptions for other employees. At the elementaries some of the recess monitors are now helping clean
the cafeterias.
The high school will have to double the amount of Plexiglas shielding created for lunch, unless creative
scheduling can otherwise deal with the increased number of students. 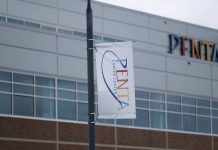 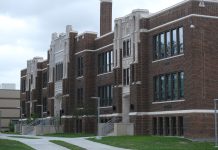