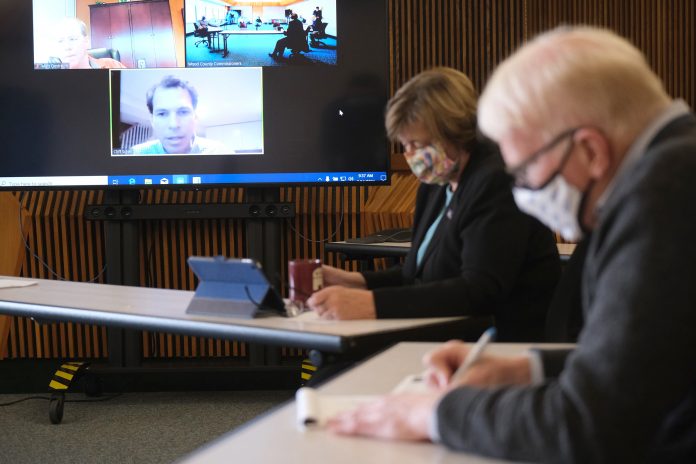 The proposed 101 megawatt solar field in Weston is a step closer to happening after a rate negotiation
meeting with the Wood County Commissioners on Thursday.
“We’re looking for a concession,” Cliff Scher, Senior Development Director for 7X Energy, said in making
a counter offer for the project.
The company is attempting to get a lower tax rate for the portion of taxes it would pay to the Wood
County general fund.
As a Qualified Energy Project, 7X would pay $7,000 per megawatt, as determined by the Ohio Department of
Taxation. There would be an additional $500 to $2,000 per megawatt in taxes paid to the Wood County
general fund. The final amount is allowed to be determined by the county commissioners.
Wood County Auditor Matt Oestreich pointed out that the Bowling Green solar field pays the full rate, or
$9,000 per megawatt annually. That field generates 20 megawatts.
The solar project would be approximately a square mile of land, or 690 acres, making it approximately
five times the size of the AMP Energy solar field that is operational in Bowling Green.
Once operational, the 101-megawatt project is expected to generate enough electricity to power 20,000
typical homes.
Total combined annual revenue for county entities would be $707,000.
Oestreich said the big tax winner will be Otsego Local Schools, which would receive $424,931 in tax
revenue annually. Wood County would be a close second.
Also benefiting from the project would be Milton Township, Weston Township, the Village of Weston, Penta
County Joint Vocational School District, the Wood County Health Department and the Weston Public
Library.
Scher said the future Weston solar field doesn’t have a buyer yet for the energy. The assumption Scher
left unsaid is that the project risks if rates are not low enough to interest potential energy
purchasing companies.
“I don’t know anything about green energy, but I think it’s going to be pretty easy to find a buyer, I
would think. Because everybody has to have a certain amount in their portfolio. I guess it’s just how
much you want to pay for it, per megawatt,” Oestreich said.
This is the third round of negotiations.
Commissioners already approved the Weston solar field as a Qualified Energy Project. Oestreich said that
7X Energy stands to save an estimated 20% of revenue, but is requesting rate cuts as well.
The AMP Energy solar project in Bowling Green also received the qualified energy project status. It did
not receive any rate cuts.
“At 30-some percent, (Scher) said it’s a no-go. If the commissioners didn’t sign on as a Qualified Energy
Project, it would kill the project,” Oestreich said. “He definitely showed that it would not be feasible
without that, and the AMP Energy guy (representing the Bowling Green solar field) said the same thing.

“This Qualified Energy Project is already a tax deduction, over what it would be, so the commissioners
are already signing up, now it’s just a shell game to determine how much,” Oestreich said.
Prior to Thursday’s round of haggling, during the first five years, the 7X rate would be $8,000 per
megawatt annually, or $259,425. In years six to 10 the rate would increase to $8,500, then the maximum
rate of $9,000 every year after that.
7x has come back asking for the first ten years to be $8,000.
Commissioner Dr. Ted Bowlus asked about the lifespan of the project and added that the panels should come
from First Solar, which manufactures solar panels in Perrysburg Township.
Scher did not say where their panels typically come from, but that they had used First Solar in the past.
He did let the commissioners know that solar panel providers have orders booked far into the future
right now.
Scher added that the panel warranty is for 30 years while still retaining a working energy generation
capacity of 90%. However, 7X Energy plans for a 40-year life.
“The number of panels will be in the hundreds of thousands,” Scher said. He did not know an exact number
that would be used in the Weston project.
Also discussed during the meeting were the source of construction labor.
Bowlus pushed for training a local workforce in installation and noted that it is a requirement under the
Qualified Energy Project status to use at least 80% local labor.
Scher said that with other projects they subcontracted the labor, but the company would try to use local
labor as much as possible, in order to save money.
“I would like them to be from out of the area, because then they will stay at our hotels, buy food and
rent these AirBNBs we talk about. They are going to spend dollars here in our community,” Oestreich
said.
The commissioners discussed the proposal after Scher left the virtual meeting, but no vote was taken.
“I think we already met them halfway,” Commissioner Craig LaHote said.
Commissioner Doris Herringshaw, Ed.D., agreed.
“It’s crazy. They are looking out for themselves,” she said. 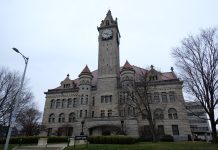