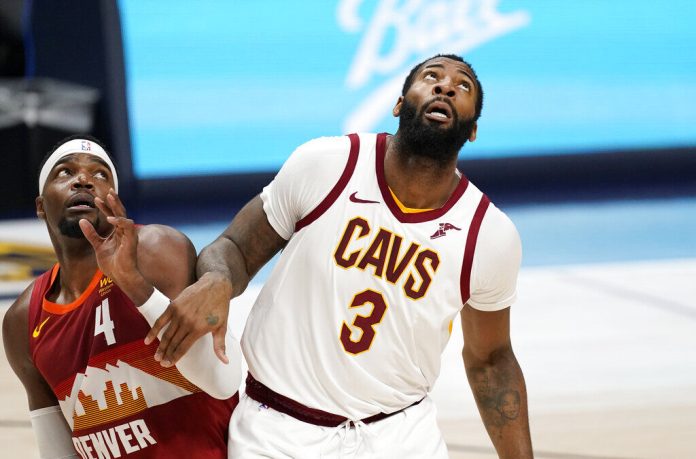 CLEVELAND (AP) — Andre Drummond wasn’t part of the Cavaliers’ future plans. He’s not part of current
ones, either.
The two-time All-Star center will be inactive for upcoming games as the Cavs, who are struggling badly
after a solid start, pursue a trade for him, a person familiar with the team’s intentions told The
Associated Press on Monday.
Drummond sat out Sunday night’s game — the team called it "rest" — against the Los Angeles
Clippers and will continue to stay on the sideline, said the person, who spoke on condition of anonymity
because the Cavs have not publicly commented on Drummond’s situation.
There is "nothing imminent" on the trade front, the person added. The deadline is March 25.
ESPN.com was first to report Drummond’s status.
The Cavs moved center Jarrett Allen into Drummond’s starting spot on Sunday, and the team intends to
build around the 22-year-old Allen, who was acquired along with forward Taurean Prince from Brooklyn in
a trade last month.
As the Cavs lost their seventh straight game Sunday, Drummond sat on Cleveland’s bench wearing a
sweatshirt that had "Farewell" written on the front. The Cavs would like to acquire future
assets for Drummond, who is in the final year of a contract that will pay him $28.7 million this season.

After a surprising start under coach J.B. Bickerstaff, the Cavs have plummeted in the standings. They’ve
lost 11 of 13 going into Monday’s game against Golden State.
Cleveland was beaten 128-111 by the Clippers, who rested stars Kawhi Leonard and Paul George.
Although he’s known his days with Cleveland were likely numbered, Drummond has continued to encourage his
teammates. But after he played only 17 minutes on Friday in Portland and 16 in a previous loss at
Denver, it became clear the Cavs were moving forward with giving Allen the majority of playing time.
Drummond is only 27 and could be an enticing player for any team looking for a big man. He came to
Cleveland last season from the Pistons, who were eager to unload the 7-footer and his massive contract
to speed their rebuild.
Drummond is averaging 17.5 points and 13.5 rebounds in 25 starts.
Bickerstaff experimented with Drummond and Allen playing together, but it hasn’t worked, with the Cavs
consistently outscored on the perimeter. It hasn’t helped that five-time All-Star Kevin Love has played
in only two games because of a calf strain.
Love has been progressing in rehab and could return soon.
___
More AP NBA: https://apnews.com/NBA and https://twitter.com/AP_Sports