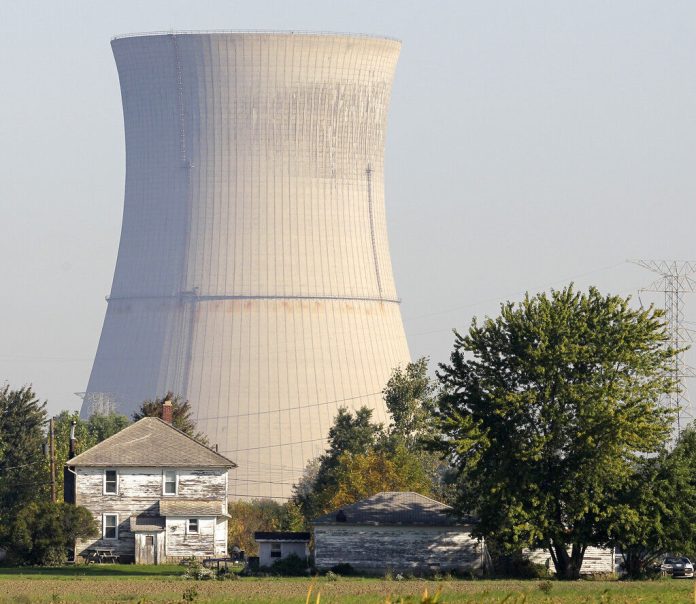 FILE-In this Oct. 5, 2011 file photo, the cooling tower of the Davis-Besse Nuclear Power Station looms
over an adjacent farm in Oak Harbor, Ohio. Across the nation, a handful of nuclear plants unable to
compete with natural gas and renewable energy have shut down within the last two years, taking away
steady and lucrative sources of tax money for schools, roads and libraries. The uncertainty surrounding
the future of both Ohio plants, Davis-Besse near Toledo and Perry near Cleveland, has created plenty of
nervousness in their hometowns that have found themselves caught in the middle of the scandal-tainted
bailout. 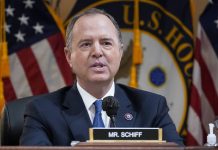 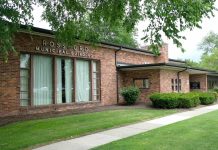