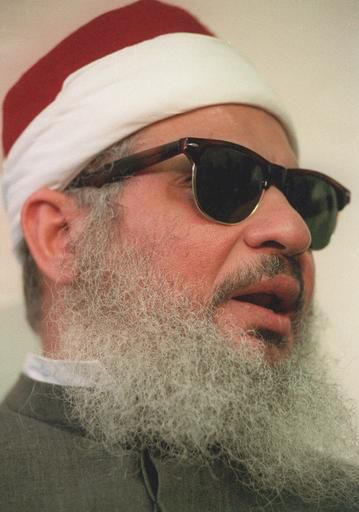 This April 6, 1993 file photo shows Sheik Omar Abdel-Rahman in New York. Kenneth McKoy of the Federal
Correction Complex in Butner, N.C., said Abdel-Rahman died Saturday, Feb. 18, 2017, after a long battle
with diabetes and coronary artery disease. Abdel-Rahman was sentenced to life in prison after his 1995
conviction for his advisory role in a plot to blow up landmarks, including the United Nations, and
several bridges and tunnels.