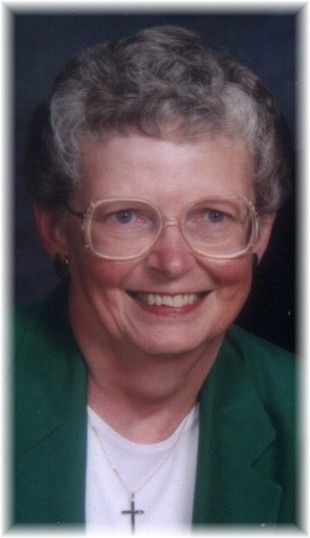 Jane O. Kunstmann, 81, of Bowling Green, Ohio passed away Monday, June 8, 2015 at the Bridge Hospice Care
Center in Bowling Green.
She was born on September 15, 1933 in Malvern, Ohio, to George and Hilda (Hewitt) Klotz. Jane married
John C. Reed on June 15, 1954 and he preceded her in death on September 23, 1988. She married John W.
Kunstmann on July 24, 1993 and he survives in Bowling Green.
Along with her husband, Jane is survived by two brothers, Richard (Kathleen) Klotz of North Canton, Ohio
and Daniel (Wanda) Klotz of Sandyville, Ohio; and two sisters, Vivian (Jacob) Maurry of Malvern, Ohio
and Martha (Dale) Moyer of Malvern, Ohio. She is also survived by two loving stepsons, Mark (JoAnn)
Kunstmann of Bowling Green, Ohio and Dr. Michael (Amanda) Kunstmann of New Albany, Ohio; and four
stepgrandchildren, Caleb and Joshua Kunstmann of Bowling Green, Ohio and Alyssa and Owen Kunstmann of
New Albany, Ohio. Jane is also survived by numerous nieces and nephews.
In addition to her first husband and son, John D. Reed, she was preceded in death by her parents and her
oldest brother Paul (Peg) Klotz.
Jane’s last job before retirement was in the records office at what was then called Owens Community
College. She enjoyed delivering wheeled meals.
As an active member of St. Mark’s Lutheran Church, Jane was involved in a variety of volunteer
activities. Before health issues developed, Jane enjoyed spending time on week-day mornings with her
friends at Grounds For Thought. She also enjoyed watching Falcon football, hockey and basketball and St.
Mark’s dartball.
She held memberships in the Black Swamp Players, the BG Parks and Recreation Foundation, the Wood County
Hospital Guild, Sorosis, The Falcon Club and the Bowling Green Blueliners.
A Celebration of Life Service will be held on Tuesday, June 16, 2015 at 11 a.m. at St. Mark’s Lutheran
Church, 315 S. College Drive. Pastor Robert J. Spicer will officiate.
The family will receive friends beginning at 10 a.m.
Inurnment will follow at Oak Grove Cemetery and a bereavement luncheon will then be held back at the
church.
Dunn Funeral Home is assisting the family with arrangements.
Memorial contributions may be made in Jane’s memory to St. Mark’s Church or a charity of the donor’s
choice.
The Kunstmann family thanks the doctors, nurses and aides at Wood County Hospital, at Heritage Skilled
Nursing Care Facility and at Bridge Hospice Care Center for the care and compassion shown to Jane and
all of our family.
Jane’s smile and sparkling blue eyes will be forever missed.
To share an online condolence with the family please visit www.dunnfuneralhome.com