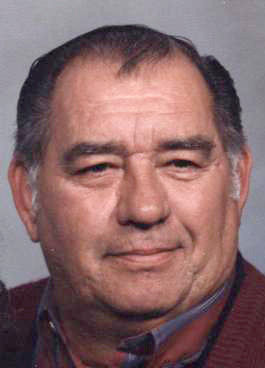 Waldo Guy Finkenbiner, 78, of Weston, Ohio, passed away Tuesday, June 2, 2015.
Waldo was born July 27, 1936, in his parent’s home to the late Howard Guy & Ethel Fern (Jones)
Finkenbiner. He married Ruth Hummon and she preceded him in death on October 18, 2009.
Waldo is survived by his children: Robin (John) Sears, Roger (Kate) and Waldo (Kim) Finkenbiner; a
sister: Della Spangler; and six grandchildren and two great-grandchildren.
Along with his parents and wife, Waldo was preceded in death by a brother, Willard Finkenbiner.
Waldo was a volunteer firefighter for the Village of Weston Fire Department, where he also served as the
first chief for the Weston EMS. Waldo also served as the former sexton for the Weston Cemetery and
retired from the Village of Weston Water Department.
Waldo enjoyed fishing and riding his motorcycle.
A Celebration of Waldo’s life will be held at a later date.
Arrangements have been entrusted with the Loomis-Hanneman Funeral Home, 20375 E. Taylor Street, Weston,
Ohio 43569.
Memorial contributions in Waldo’s honor may be gifted to the charity of the donor’s choice.
Online condolences as well as fond memories may be left for the Finkenbiner family by visiting
www.hannemanfh.com.