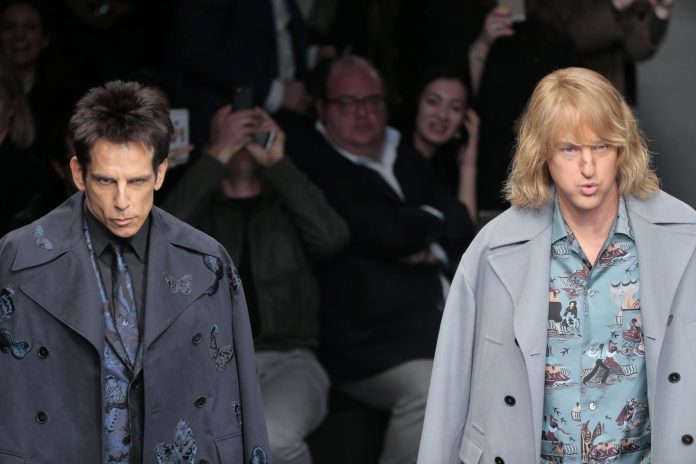 PARIS (AP) — To deafening cheers, Owen Wilson and Ben Stiller stormed the Valentino catwalk during Paris
Fashion Week Tuesday in a headline-grabbing stunt to announce the decision to make ‘Zoolander 2.’

The two Hollywood stars reprised their roles as male models Derek Zoolander and Hansel, immortalized in
the hugely popular 2001 movie, on the catwalk for Valentino’s ready to wear fall/winter 2015-16 show.

The sequel will hit U.S. movie theaters on Feb. 12, 2016, Paramount Pictures said in a statement. It said
Stiller and Wilson will again star in the movie, which will be written by Justin Theroux and directed by
Stiller.

It was such a surprise that the audience immediately whipped out their phones to catch the moment.